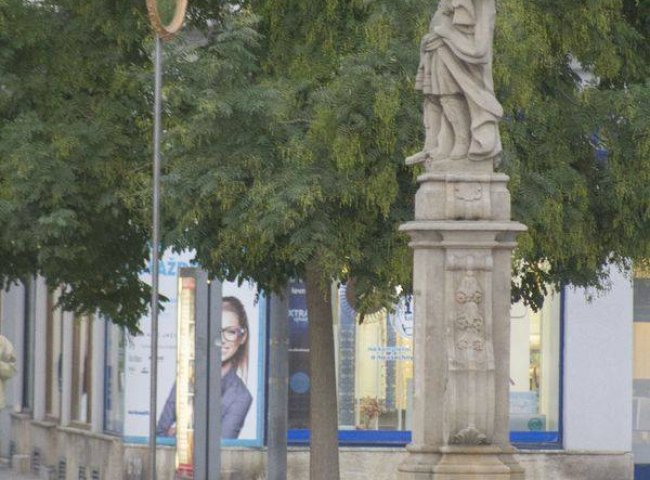 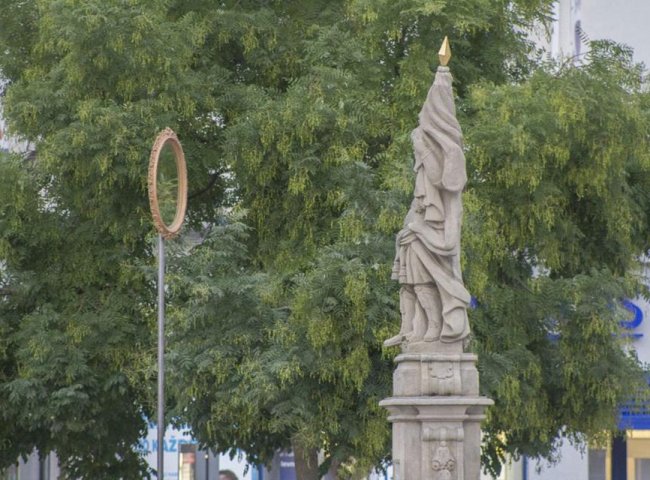 I DID NOT HOPE TO SEE YOU AGAIN

Since the late Baroque statue of St. Floriana returned to the Masaryk Square in 2008, no one paused to consider that the position of the Saint did not correspond to the historical situation – instead of looking towards the former town hall, he was turned towards the square. St. Florian incidentally adopted the gaze direction of a statue of a militiaman, who replaced him in the square at the beginning of the 1960s. So, was it the result of subconscious infected by recent historical experience, or was it a sophisticated act on the part of the city, pointing out that the town hall in Ostrava is already somewhere else, and St. Florian should therefore face this direction? Hašek and Petermann try to at least mentally restore the historical scenery; they positioned a mirror in front of the statue of St. Florian, through which the Saint can see the building of the former municipality (today's museum) again. And it also raises a number of remarkable coincidences, including the family ones, since the statue of St. Florian – before it was repositioned – had been restored by the son of the author of the militiaman statue, for which the Baroque sculpture had to leave the square. Of course, the purest, most radical and actually the least spectacular solution would be to turn the statue one hundred and eighty degrees for the duration of the festival and return it to its current position after the festival. However, no one in Ostrava has the courage to do so, including the Cuckoo’s organizers. (From the Cuckoo Festival catalogue, GAME RULES: 4. 10. - 12. 11. 2017, Ostrava).