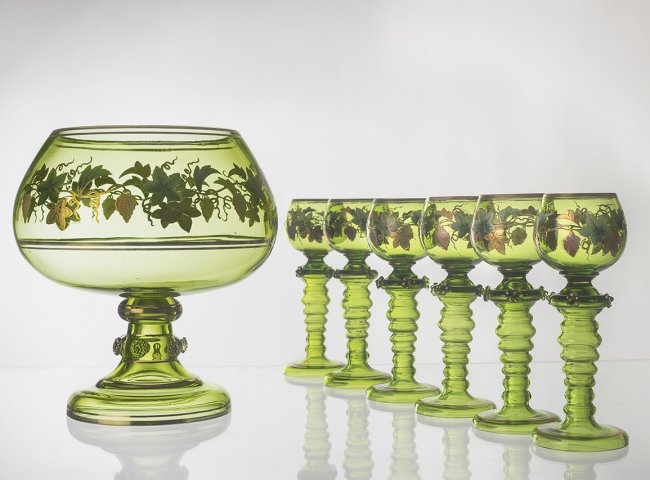 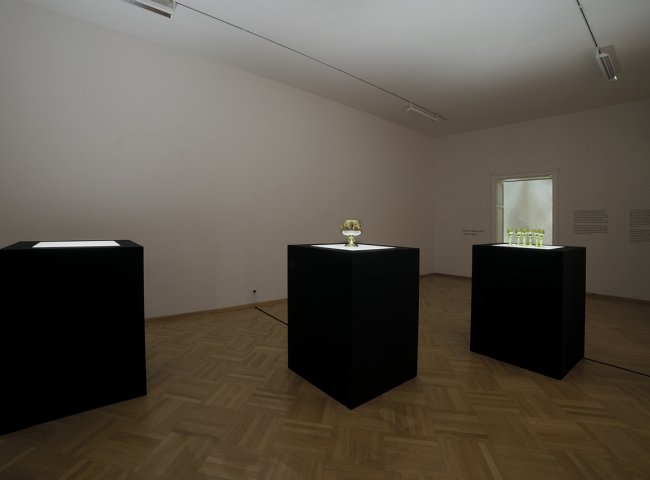 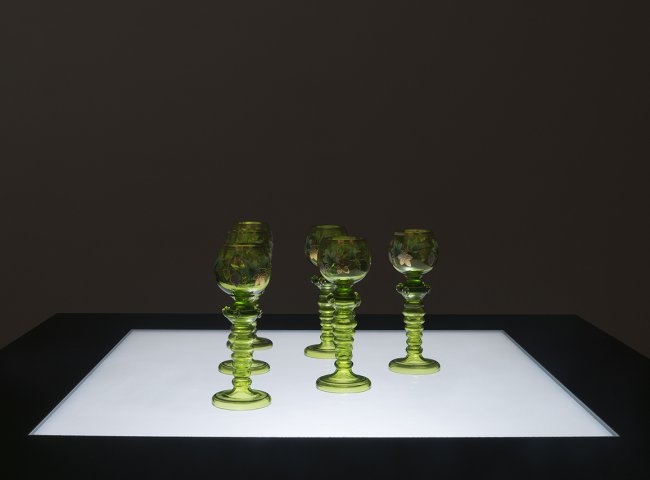 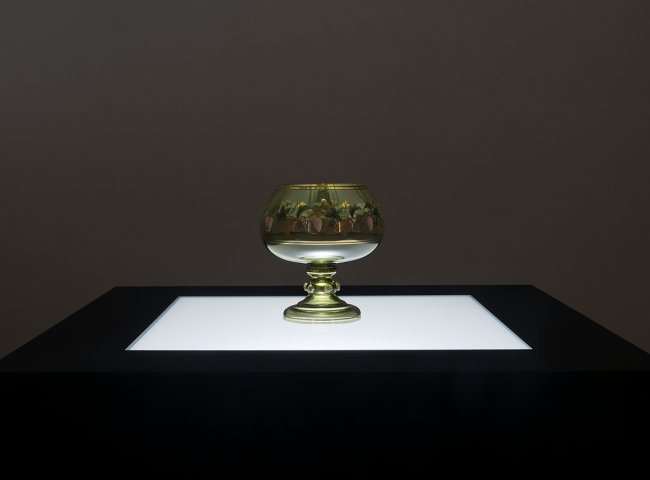 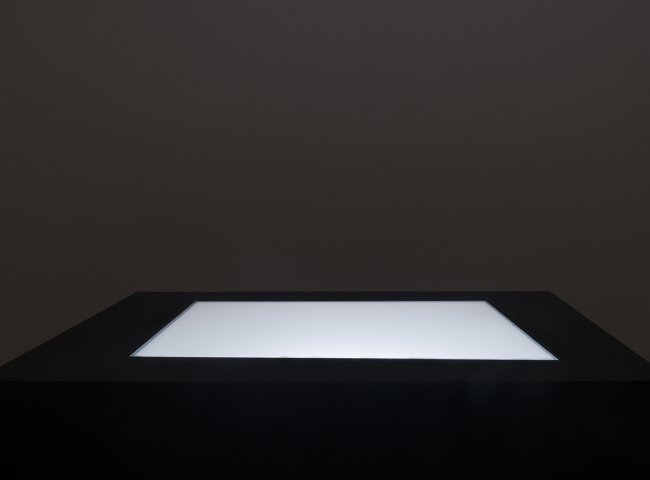 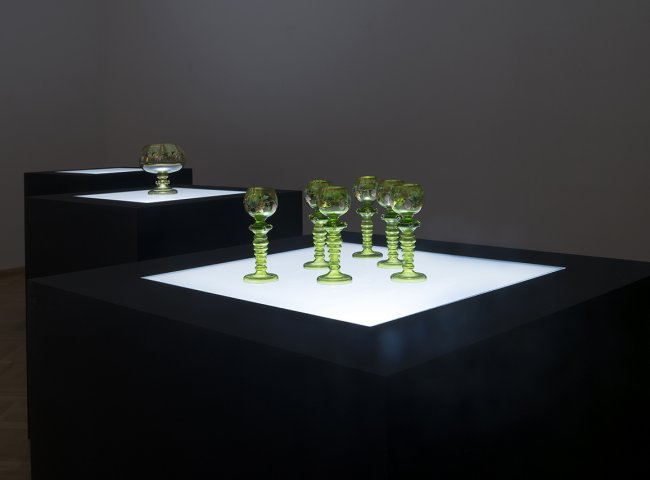 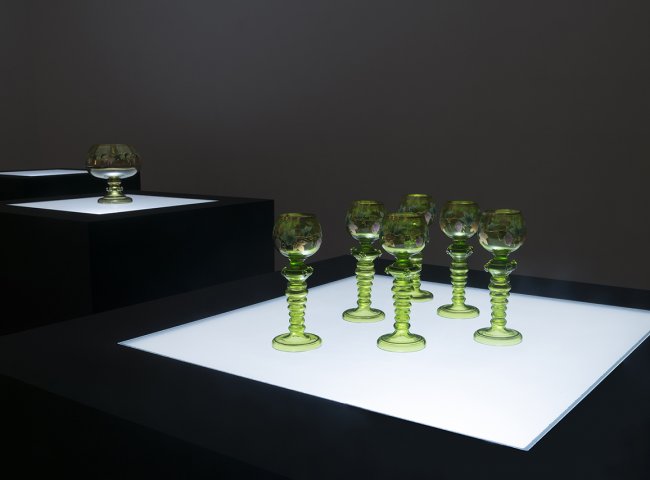 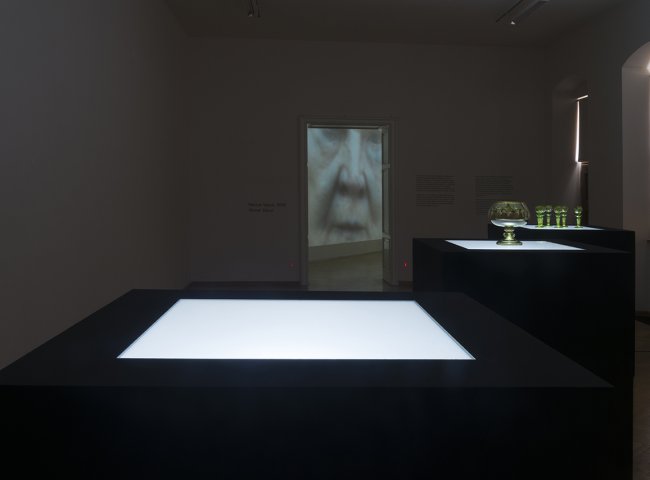 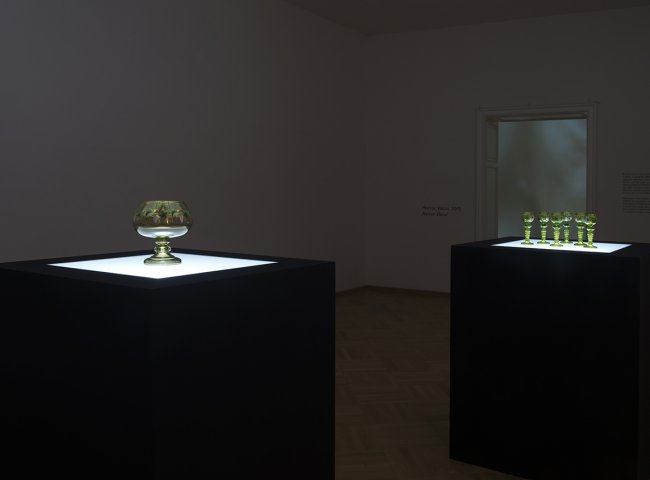 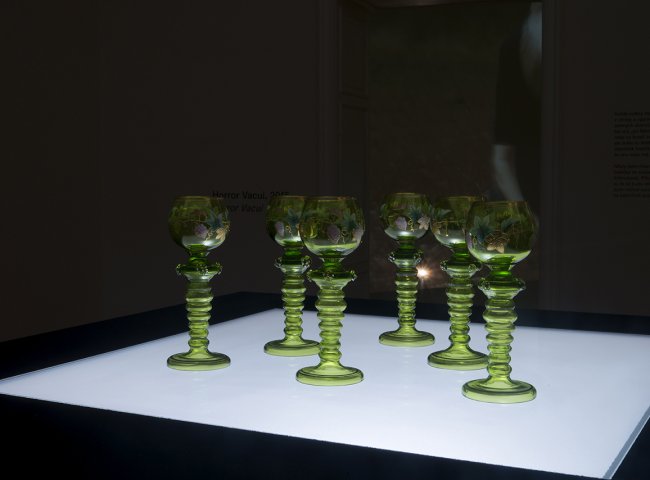 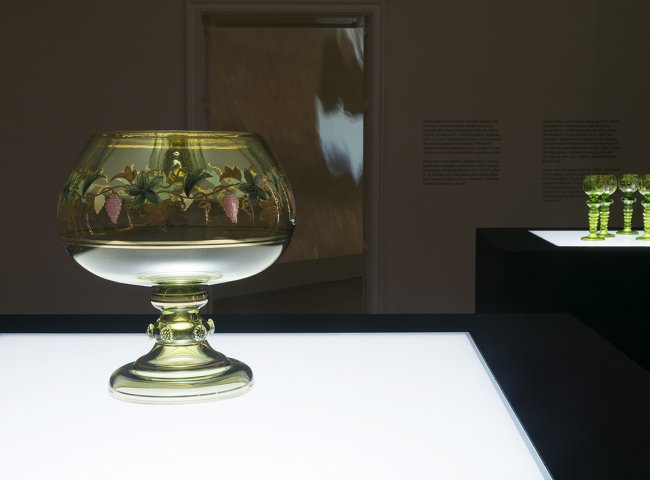 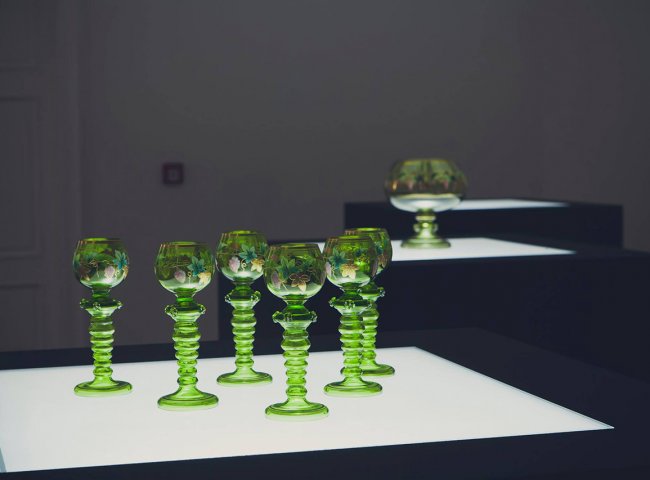 Every holiday my Grandma would wash the terrific glass pieces in the showcase and tell a story about the set of little green glasses with painted decorations. The set was said to be “after the Germans” and was not complete. It was missing the punch bowl (I didn’t know what that meant at all, but it sounded sufficiently exotic). While drying the little glasses, Grandma would go on to tell me that our next-door neighbor probably had the punch bowl.

If the question is posed correctly there is no wrong answer

“The metaphor is perhaps one of man’s most fruitful potentialities. Its efficacy verges on magic, and it seems a tool for creation which God forgot inside one of His creatures when He made him.”

Miroslav Hašek (born 1988) is a member of the youngest generation now working on the arts scene in Ústí nad Labem. He first drew attention through his exhibitions at the NoD or DOX in Prague, as well as through a group exhibition at the Kunstraum Kreuzberg/Bethanien in Berlin. In 2011 he was awarded the statewide student EXIT prize by the Faculty of Arts and Design at the University of Jan Evangelista Purkyně in Ústí nad Labem, where he primarily works.

Hašek has reached a wider public primarily as the creator of narrative video installations inspired by the language of film. What is typical of his work is an emphasis on the quality and sophistication of the image, precise editing, and careful work in choosing the types of protagonists for his videos. He is, of course, not an artist who works in just one medium and is also involved in photography and the creation of artifacts and installations per se. The common basis of all his artistic activities is his interest in story-telling.

The subject of the exhibition at the Dům pánů z Kunštátu Gallery, “I Haven’t Asked Myself in a Long Time and I’ve Forgotten All the Answers” (“Dlouho jsem se sám sebe neptal a zapomněl jsem všechny odpovědi”) is the broadest possible range of narrative forms, referring as it does to the phenomenon of the private archeology of stories. Seeking the answers to different questions is an essential component of our lives. We ask why the answer is “yes” to this and, for some reason, “no” to something else? We explore the past and long to know how the future will unfold. This mechanism is basically also the institutional framework for the fine arts. The method of posing questions that serve to delineate the complexity and levels of a certain problem is typical of contemporary artistic creations. For Hašek, however, it is important to attempt to clearly formulate the answers to those as well.

The artist has composed this presentation as several new, apparently independent projects installed in separate spaces of the gallery in Brno. To start with, we encounter a glass object that is conceptually linked with a large-format digital photograph, called “Fear of Emptiness” (“Strach z prázdnoty”). The minimalistically conceived installation enhances our perception of the size of the space. The glass object, executed in a manner bordering on that of a luxury objet d’art, represents a dog’s leg. It is the same leg that the dog in the photograph is missing. Our expectations are raised.

This is followed by a large-format video installation entitled “Mother; Daughter” (“Matka; Dcera”), the story of which is (only apparently) the same and clearly understandable. The artist’s ability to transform a story into timelessness and universality through the clarity and visual purity of the images might provoke or unsettle the viewer, but does not experiment with a moving image. The questions multiply.

In the next section of the gallery we encounter the photograph “A Question of Visibility” (“Otázka viditelnosti”), which quotes or references various artworks, or rather, entities of visual chaos that surround us. We see men’s hands, clasped, with a pigment error in their skin, Ophelia at the age of Božena Němcová’s “Grandmother” plunging into dark waters, a flower so perfect that we are not certain whether it is real or digitally enhanced. These are images as metaphors of questions and answers.

The exhibition then intentionally closes with another installation, “Horror Vacui”, in which the artist is again working with glass objects, somewhere on the border between a “ready-made” and a strong story that is post-productionally grasped and raised up for the viewer in the form of a textual communication.

All the above-mentioned levels of the exhibition can be perceived as researching the nature of how images are represented in contemporary visual culture. The depictions create different effects, serve various purposes, and prompt different ranges of feelings and reactions in us. Through images and words we define, describe and name the world, and contemporary artistic strategies contribute to the creation of new meanings and ties between images and words. These artworks draw attention to the flux of context, unmasking underlying patterns or playing with them. More than at any other time, the viewer is asked to experiment with levels of meaning that go beyond not just any obvious significance, but that go beyond real life as well.