Previous image Next image Back to overview 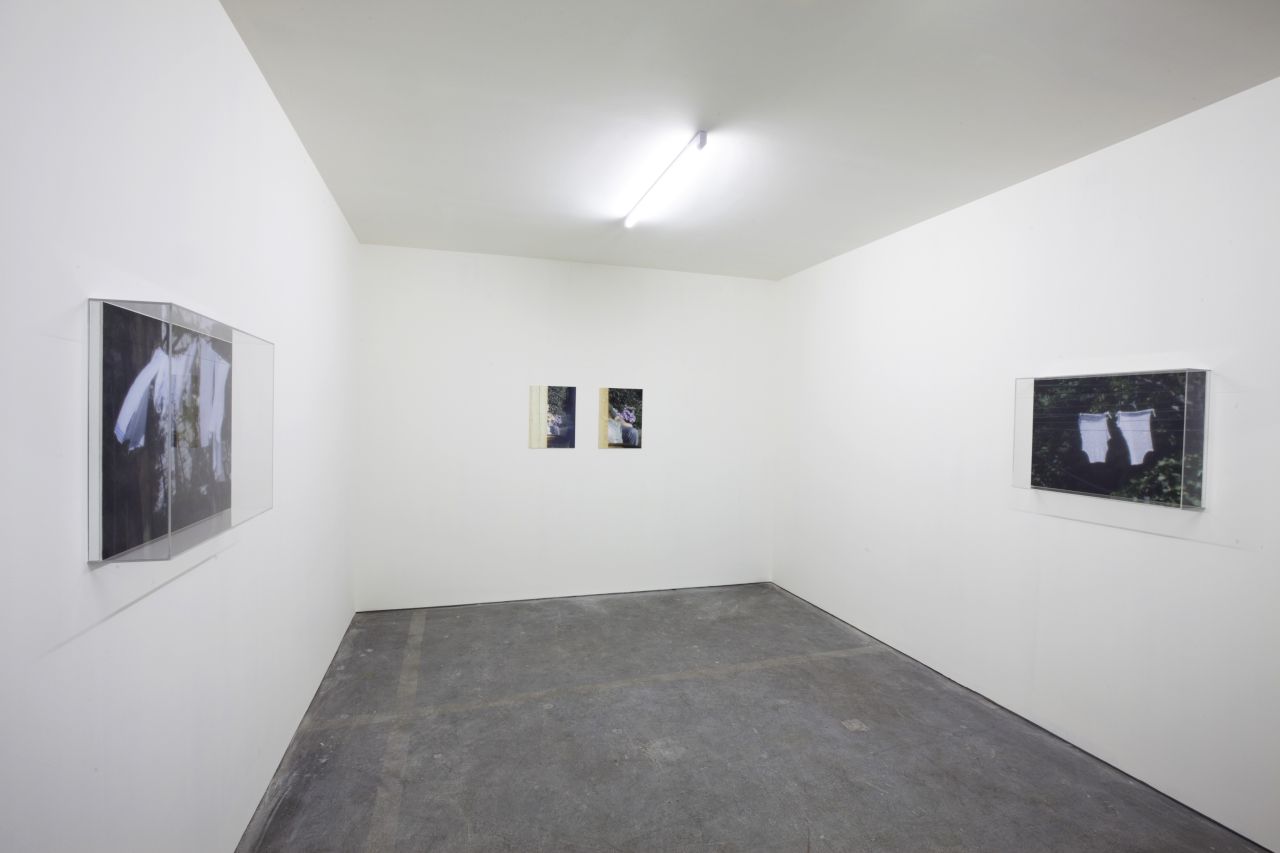 The project „In the wind“ from 2009 includes the cycle of coloured photographs and space instalation / object. These two parts create a specific situation, scene of „stopped time“. They also play the main theme of my work: relativization of observer and observing thing, subject and object inside a visual picture, uncertainty of the real world and manipulated, conventionalized reality.

The collection of the photographs shows a banal view of a strange neighbour´s backyard from the window. Voyerism, that is included in the photographic position, is amplified by the shots taken through a sheer courtain. Fine, moody defocusing of the photographs is in contrast with interference in someone´s privacy, with penetration into intimacy of others. Banal scenery shows things or people that are out of their usual interactive frame.

The object / space instalation represents a drapery of clothes laminating on a clothes-line. The movement and creeping is forced on the clothes and it looks like flying in the wind, but it is stiff at the time. The object is a continuation of the photo cycle by space setting of the camera view. It forces the whole scene.

The project „In the wind, behind the windows“ brings to a stop a certain situation, feeling, atmosphere. By photographic picture and real instalation it changes and transforms the reality and then it gets new characteristics. Who is the observer and who is observed? Are these things really the same as they seem to be?